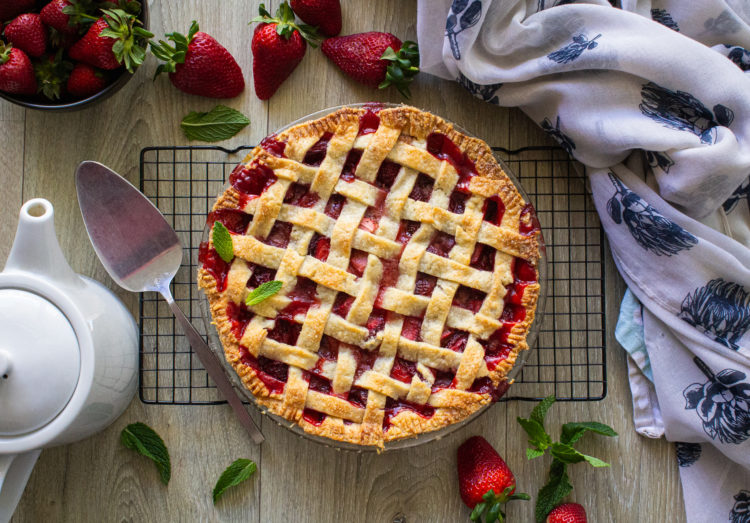 I got carried away while strawberry picking …

This recipe really came about from necessity. I came home with 4 kilograms of fresh strawberries, and while I love eating strawberries fresh, there is only so much one or two people can eat!

I had been missing my two young nephews, and decided, since it is strawberry season here, why not take them for a drive to the Polkadraai strawberry farm in Stellenbosch to go and pick our own strawberries straight from the farm.

It was a really special day, for me anyway, as I love spending time with these two boys, and I dote on them to no end.

We bought one bucket for each of them, which they proceeded to zealously fill. We washed them at a big tap outside, and the boys began to dig in … after a couple of minutes, there was a noteable change in the level of strawberries in their buckets, and a few minutes after that, their buckets were half-finished, and their mouths stained red. 🤣

Since I am in the habit of spoiling them, like any good aunty should, I bought them each another bucket to go and fill with more, so that at least they had a decent stash to take home.

After a second picking session in the strawberry fields, and lunch at a local restaurant, it was time to take them home.

The entire drive home was punctuated by the somewhat primal sounds of slurping and chomping coming from the backseats. My constant retorts of ‘save them for when you get home’ were drowned out by the sloshy cacophony!

When we made it back to drop them at home, upon inspection of their nearly-empty buckets, their attempts at feigning innocence were betrayed by the large red rings encircling their mouths, stained from the juice! It really was very cute…

Back to the pie, shall we?

I had all these strawberries, and wondered how to go about making a pie. After some experimentation, I finally had something which I thought would go down really well at a get-together or even at the Christmas table. It looks super festive!

The strawberries have a tartness, which is offset by just the right amount of sugar, and it contrasts so well with the sweet and buttery-tasting crispy pastry.

A fresh strawberry pie that bursts with berry flavours, has a delicious flaky golden pastry crust, and looks as festive as it tastes.