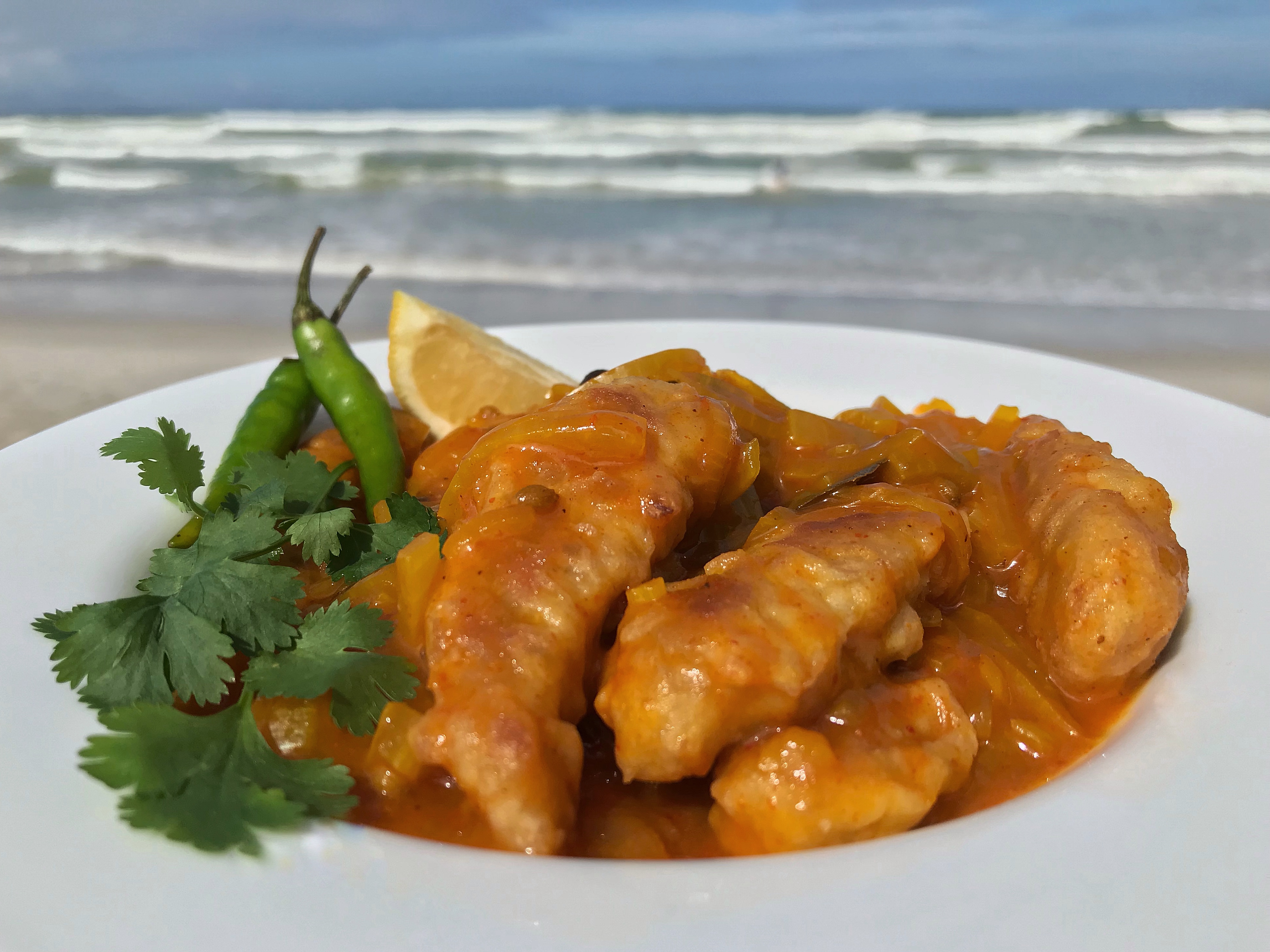 As a born-and-bred South African, upon hearing the words ‘Easter foods’ what are some of the first thoughts that pop into your mind?

#2 without a doubt is the South African tradition of Cape Malay pickled fish.

Imagine the scenario back in history …

People of various ethnicities arrive at the Cape of Good Hope on ships, in order to work as slaves for the settlers here.

Due to their countries of origin being predominantly India, Indonesia, South East Asia etc, they brought with them, amongst other things I’m sure, a plethora of spices from their homelands.

Settling in a town along the shoreline, fish was naturally a staple in the diet.

Add to this combination the fact that refrigeration did not exist at the time, and voila! Today’s recipe – traditional Cape Malay pickled fish (minus the fish).

A tradition like this points out the clear extent of the diversity of our culture here in South Africa.

As a European-descended Christian South African I eat a traditionally Cape Malay dish at Easter time, which originates from the predominantly Muslim Cape Malay community.

Then , of course, there is the Roman Catholic custom of eating fish on Good Friday, which just adds to the mishmash of cultures that has created my sentiment that Easter is best remembered and celebrated with at least one dish of pickled fish on the family table!

Never heard of it?

For anyone not familiar with this unique tradition from the most Southern tip of Africa, think of a sweet-and-sour style, curried and spiced pickling sauce, full of soft onions, covering and infusing chunks of local fish. With the exception that in the recipe I have created, no fish were harmed.

I used the Fry’s Family Foods Prawn-style pieces and used them as though they were battered fish pieces for this fish-less pickled fish. How convenient to have products like this available to us. Even cooler is that since I first created this recipe, Fry’s have introduced a new product to our South African shores which may work even better in this recipe – the fish-style fillets!

I have tried these on their own and they are delicious, so I will keep you posted as soon as I try them in this recipe. Or you could give it a try and let me know how it goes in the comments.

The vegan version of the traditional Cape Malay Easter dish